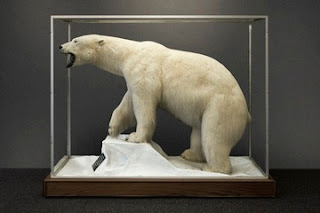 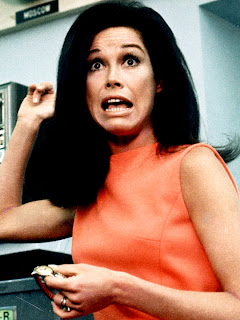 From the deep fonts of inspiration the words flow.  The craggy-browed writer sits in his sparely furnished study, oblivious to the wintry drafts seeping through the chinks in the plank walls, his spaniel lightly dozing on the rag rug.  He hears only his higher calling, to create.  Create!

One of the slightly mildewed volumes on his beloved shelf of classics--Homer, the Bard, Suetonius (who?)--bears on its spine the most revered name of all: Roget.  This is really the secret of the transported writer: when the brain comes crashing up against a stoic brick wall, it has only one recourse.  The thesaurus.  If you don't have one, you don't write much.  A lot of that vaunted creativity actually comes from categorized lists of blindingly small type on hundreds and hundreds of thin leaves. 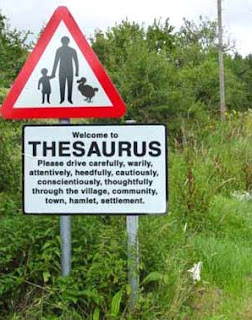 Or, nowadays, when we need our information instantaneously--when even touching a few keys seems too laborious, much less consulting the alphabetized backmatter in a book, and we now demand it from the transfer of unseen heat from a fingertip on the screen itself--we open a new window and call up Thesaurus. com.  I open that window somewhere in the second or third paragraph (to foreclose dents on my walls caused by sudden concussion with a very hard head) and leave it there, to be called up in a second by the frustration that is for me the preeminent emotion of writing.  The thesaurus is my balm and salve, and I can go on.  For another sentence or two.

Yet nothing is itself alone, anymore, online.  Even the multitudinously cross-referential work, like the thesaurus in its essence, is now outwardly bound to an equally vast commercial web.  Every site knows where you've been, and it shows you motorcycle gear you must buy; read a news site, and it offers discounts on medications for the ailment mentioned in a memoir you are reading and wanted to learn more about.  Apparently, you have (or want) everything you ever looked at.

Thesaurus. com offers "targeted" (which says only they aim, not that they hit) ads based on the word you are searching, while your forehead is still more or less intact.  It took me a while to notice they were there; ads are just one more annoying cost of business online, and they become easy to tune out, just as in the olden days we used to go into the other room during commercial breaks (which they tried to circumvent by boosting the volume, as if the commercials weren't already maddening enough).  But when I started to look . . .  Who, who on earth compiled these?  (And how?  Millions of words, matched to their "appropriate" commercial synonym.)  What poor cubicle drone in India works for a company that won the contract to sift through billions of possibilities, to fulfill the bizarre obligations of his job?

If you are able to see it in the right light, far from a cynical nuisance, these ads are a value-added proposition for the writer: jokes, delivered along with the right (acceptable, adequate, advantageous, all right) word (concept, designation, expression, idiom).  Herewith, a few from my latest assignment.  I scratch my head.


On second thought, I find that the results mirror the thesaurus itself: a coin toss between literalism and the beautiful randomness of language, connecting us with things we never knew we needed, but might.  Just might.

Older Posts Home
Subscribe to: Posts (Atom)
In which we meet a dog, and are led by her on a strange journey into foreign lands, including behavioral science, bizarre human inclinations, and many off-leash walks that yield both pleasure and pain