See You in the Movies 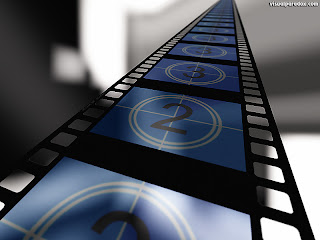 It is a well-known fact that nearly everyone is planning on writing a movie, and the few who aren’t are wishing they would get off their cans to try. The difference between my statistically unrealizable movie and your statistically unrealizable movie is that mine actually has a built-in, sure-fire audience: starving motorcyclists. They can only watch World’s Fastest Indian so many times.

This won’t be my first attempt at the practically impossible, oh, no; I’m a slow learner. I was cutting up reels of super 8 at my kitchen table in Hoboken long, long ago. Then I took an NYU screenwriting class—of course! me and nine-tenths of New York City!—and met others with the home-splicing habit (some of whom were even on the brink of graduating to 16 mm). It may have been that era’s great democratic medium, but without YouTube it was like playing air guitar: nothing issued from the effort. The need for a venue birthed the collective called Film Crash, which favored the back rooms of bars and clubs. If you were young and had either seen a poster or attended that screenwriting class too, all of nature could not stop you from wanting to make movies then. I immediately enlisted a founding member to collaborate on a screenplay. Not my first, and not my last, to find permanent residence in a filing cabinet. The paper on which it is written is as yellowed as the idea.

Although these early efforts failed—failed in some intrinsic, fading-ember kind of way, the way most assays into making art fail, miserably—one idea I had as soon as I started riding should have succeeded. Perhaps because I conceived it as made by someone else. This unknown should have made a documentary on privateer racing, focusing on one particularly driven weekend warrior, the type who worked forty hours solely for the purpose of blowing the proceeds on fuel, tires, and inevitable emergency room visits. That level of incredible and largely inexplicable passion would have made as absorbing a film as ever took on a type of human madness, and packed an art house to unreel it.

When, more recently, I embarked on writing about long-distance riding and some of its more outrageous practitioners, I secretly figured I had found another such subject for the perceptions that only the big screen is capable of delivering. The friends with whom I discussed my book’s ongoing research would invariably envision it not written, but exposed: “I can see it now!” They would then go on, avidly, to cast it too. It was a movie forced uncomfortably between hard covers, I began to feel.

But if no one with the means to realize it in that form has yet seen the cinematic potential in a tale of weirdo cranks who sacrifice so much to gain an equal amount of ineffably personal happiness, I do. And so it is that I am once again joining the ranks of dreamers, waitresses, and the ghost of myself long ago. I am writing a movie.

In it, I want there to be plenty of pure sensation, conveyed visually and aurally: the sound of an engine in the dark, steady and unremitting; the cone of light always ahead describing the small space into which the bike forever moves; and then . . . the hours. The time that both collapses and expands at once, extending in opposing temporal directions. The long ride’s road lies on the map not from west to east but from past to future. On a bike, the present vanishes both ways.

One day it came to me (and probably should have occurred much earlier than “one day”) what the movie will really be about, beyond a slightly warped love story, or a single mother, or the bike that can always be improved, or a scenario with some valuable outsider cachet, being the heretofore unexplored minority world of long-distance record chasing. It will concern a strange familiar: the kind of person who does something that partakes of death in order to fully live.

We all know this is what we are doing, even though we also enlist denial every time we head out to ride, or else we wouldn’t. (Denial is a healthy, and necessary, part of life, until it isn’t.) It’s the other guy who is courting danger, we think. The unprepared, the unschooled. The unlucky.

When it is someone who is not like us because he is better than us—someone we aspire to be, and therefore have spent time imagining being—who is the one who gets taken, it cracks the thin glass of our denial. The possibility suddenly feels real. Very, terribly, real.

There is a motorcycle movie I hadn’t yet seen, and it came to me courtesy of my harmless dollar-store addiction. (See? Denial in action.) I have to say, the dollar store is a more or less appropriate place for this one, notwithstanding its laudable earnestness as well as its setting in the world of road-racing, which is ridiculously vastly more interesting than car racing and puzzlingly remains one of the best-kept secrets from the public at large. Idiots.

The movie is Flat Out, the 1999 story of racer Stewart Goddard, paralyzed from the waist down in an accident but determined to ride again. (Interestingly, although Goddard plays himself, co-wrote the script, and otherwise situates the film solidly in fact, the turning-point accident is onscreen transposed from racetrack to pickup truck, presumably to deflect the notion that racing is perilous. But if not, where is its meaning? And meaning it has, make no mistake.) As he says a few too many times—Note to self: don’t repeat dialogue—“I’m just trying to get back a part of me that was taken away!” But one line will truly resonate with us all. “You wanna take up something safe? Try bowling.”

That’s what the ideal motorcycle movie gets at. The fundamental fact that the thing we do in order to feel most alive could not perform its function without also showing us the view from eternity’s edge. We all go to the grocery store fully expecting to come home with the bags; too, we go on every ride as if at day’s end we’ll draw down the door to the garage once more. Just like always. Yet one day, whether on meaningless errand or mowing the lawn or Sunday ride, “always” becomes different.

The truth that we do die, inevitably and every one, is lodged somewhere in the very center of the experience. The knowledge is like salt. Brutal, bitter, desired. It makes it taste like something.

[I now write the occasional column for the estimable CityBike magazine, which is available only by subscription and to the lucky ones who happen to live in San Francisco and its environs; if you are not so blessed, I'll post my contributions here. Until you move there.]