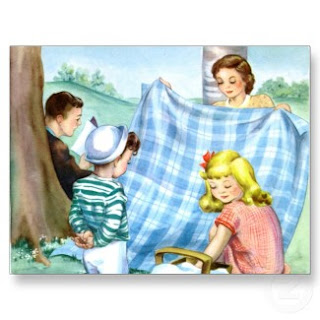 Did I do a bad thing?

Sitting in the restaurant tonight, at a table for two, I began to think so. A family whose daughter goes to my son's school owns a couple of eating establishments, and every once in a while they designate a night where a portion of the proceeds go to the school; what private school isn't always scrambling for funds? I decided to do my share, and how onerous it was to pitch in by downing sweet potato soup, caramelized onion tart, and slabs of transcendent bread that instantly brought me back over the decades to Hoboken, where I lived around the corner from the Policastro bakery, which supplied bread to New York City's best restaurants. (Only I got it cheap and hot from the oven, its readiness announced by the breeze wafting in my first-floor window.)

I began to think so because I looked around at the tables filled with families. "Real" families, with mom and dad and multiple children. The absence of a dad . . . well, nothing to do about that. But a sibling? Shouldn't I have provided at least one of those? My son doesn't know the pleasures of sibling rivalry, the stolen stuff, the pranks, the heartless ribbing, the fights, the teeth knocked out with a hammer (yes, a unique gift I once gave my older sister). Holidays, vacations: just him, and me. Is this healthy for him? Is it joyful? Is it a big hole in his heart?

The impulse to have a child was completely selfish. (As it must be: the couple wants something they don't have; they do not wish to give something to someone who has yet to exist. Only after the child is born does the selflessness begin. One hopes.) A sudden image had come to me: my husband and me, gray and wrinkled, sitting alone at the Thanksgiving table sometime in the distant future. Overcome with an anticipatory crushing loneliness, I decided in that moment that we should have a child. And see how it turned out? Still only two at the Thanksgiving table. Hmmm. But would it have been any better with three?

When we went on vacation when I was a child--to the beach, to the grand hotel, to Williamsburg--we sometimes went as a family, and sometimes with other families. In either event, though, there were a bunch of kids. At the very least, three girls, and always someone to do something with. The adults were busy, anyway: they were always drinking cocktails and smoking cigarettes and talking about things we could simply not comprehend. Those aliens.

What I need is not Match.com, but InstaFamily.com, where I could be set up with other parents of only children for the sole purpose of going on vacations and having holiday meals. (The anxiety slowly creeps toward me with the approach of spring break: what twelve-year-old boy wants to go on a trip alone with his mom?)

Maybe I created, in creating an only child, something that will come back to haunt us. The two of us are alone together too much, for all that I work diligently--hours every week--managing the social life of a boy who simply has no interest in making plans with his own friends. Until it's Saturday afternoon and he's bored, or I need to work, or . . . I think it would be a real good idea for us to have a little break from this steady diet of closeness. Then it's too late, because everyone made their plans days ago. (And yes, he reads and draws and gets lost for hours in the computer, but I'd prefer he occasionally experience the true happiness of humanity, which is other humans.)

I have two sisters. One is pretty much a stranger. The other--well, the other would walk through fire for me, and has. Her feet are singed. She is my best friend and my blood too. I would not want to imagine life without her, alone at the table.


Posted by Melissa Holbrook Pierson at 6:02 AM

My mentor and great friend Albert Rowe said, "Keep your eye on the donut, not the hole."
Dale F. Gruver

Albert Rowe is right!
Nothing else could be said about this story, Things are the way they are, for the best and the worst. Time manages to keep us strong and together. Life has its own ways. Don't have any regrets.

No, you didn't do a bad thing unless you changed the whole world. The extended family would be your built in back up system if it weren't in such decline. Uncles would substitute for Dad and cousins for siblings. I envy people with those big extended families. Your son has you and believe me - you can't appreciate what you mean to him. Even in the largest families the mother is the center. But where is your support sytem? This decline of the extended family happened to so many of us.
Your son will be fine and many of his generation enage in a sort of psuedo tribal lifestyle at least in their 20's. Its kind of the flip side of the decline of extended families - the hipster tribe. So is freedom , in the Janis Joplin sense.

I do hope, trust, and maybe even believe a little bit that I am a good and solid rock in my son's life . . . I have to remember not to let him see me overcome with worry (oops, yes, this afternoon), because I see what worry it brings on him. And it is not his to feel, as no child should be made aware of a parent's fear of falling. It's cruel.

Thank you, Dale, for reminding me that I couldn't have a better donut: tasty, rich, and entirely satisfying. It's all I want, really.

Thank you all for the kindness. I don't quite know how just yet, but it will all be OK. As the aforementioned sister said to me a few minutes ago, "Keep the faith." That's when you look down and realize that you didn't think you had it, but you do--and you now plan to hold on fast to it.

I'm wondering if the sister whose teeth you hit with a hammer is the one who's a stranger or the one who'd walk through fire for you... (Just teasing!)

We never know what the future holds. I had a younger brother who stuck to me like glue growing up, which kinda annoyed me. Then he died early (33) and has been absent from my life for two decades. Nobody could have predicted that. We make the best choices we can at moments that pass into the past.